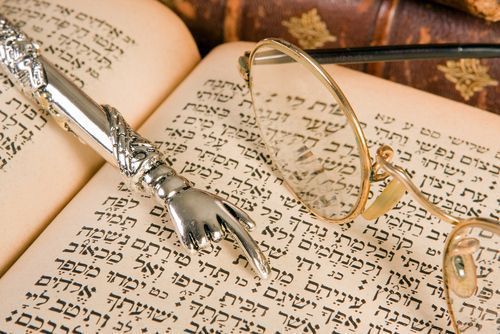 Do you remember your first kiss? Do you remember the best kiss that you ever received or that you ever gave? “A kiss is just a kiss, a sigh is just a sigh,” but no, that’s not really true. A kiss often embodies an entire mélange of roiling emotions, both positive and negative (think of the kiss Michael gave to Fredo in The Godfather). It doesn’t matter if the kiss comes from a spouse or a lover, whether it’s a romantic kiss or whether it’s a kiss from a parent to a child, or from one sibling to another, from brother to sister, from brother to brother.

This week in Parashat Vayishlach, we have a description of the most famous and dramatic kiss in the entire Bible.   After many years, Jacob and his twin brother Esau re-unite. The backstory is well known. Jacob cheated his brother out of the birthright and the blessing to which Esau was entitled. Jacob had to flee because Esau was so enraged.  Many years later, they now come together and it’s a very tense moment. We don’t know what is going to happen at that point in the narrative. The text tells us that Esau ran towards his brother, he hugged him and fell upon his neck, and he kissed him. But there are mysterious dots that appear on top of the word “and he kissed him” in every Torah scroll. The Talmud offers two lines of interpretation for this unusual scribal phenomenon. Rabbi Shimon ben Elazar said that those dots are the equivalent of boldface font, implying that Esau’s kiss was absolutely sincere.  Rabbi Yannai on the other hand suggests that the dots are a hint that Esau’s kiss was more like an angry bite since he still harbored resentment towards Jacob.  Indeed, the Hebrew words for “he kissed him” (vayishakehu) and “he bit him” (vayishachehu) are identical except for one letter.

Those two lines of interpretation teach us that in all kinds of relationships, over time, wonderful deep loving emotions spring up, but, because we are human, all kinds of resentful emotions often pop up as well. The goal is to let our love and admiration for the people who matter most to us to overwhelm whatever negative feelings we may have accrued over the years. I like to think that’s what Esau did.

As we approach Thanksgiving, this is a time to reflect upon the great blessings that family and friends represent in our lives. Despite the minor spats we may have had, or even the deep friction we may have felt over time, ultimately the blessing of love is the greatest gift we can ever experience. Let us be thankful for that love, so that we may always be blessed with kisses that are sincere and sweet.
Back
1/1