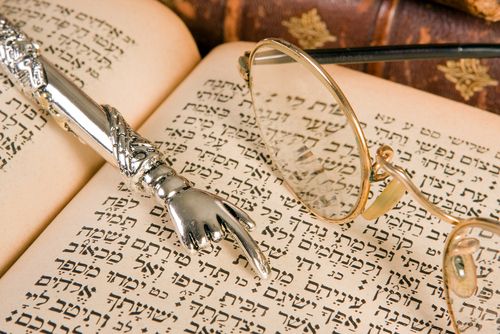 5/13/2021
Rabbi Jeff Pivo
East Brunswick Jewish Center
East Brunswick, NJ
Parashat Bamidbar
On May 11, the Pew Research Center published the results of its latest poll on the state of Jewish America, “Jewish Americans in 2020.” It is a deep dive into our community’s attitudes, behaviors, and beliefs.
The last time Pew undertook a similar poll was in 2013, and the trends from then to now are consistent. Some of the results are reassuring; some are cause for concern. Some of the good news is that the number of self-identified Jews in America seems to be holding steady, in terms of both numbers - 7.5 million Americans see themselves as Jewish - and in terms of our number among the total number of Americans, 2.4%. For those who are constantly fretting about the end of Jews or Judaism in America, these numbers are reassuring. On the other hand, Pew also identifies a large and rising number of intermarriages, an increase in Jews’ fears about antisemitism, and a diminishing attachment to Israel among younger Jews. Those findings are somewhat less reassuring.

Coming as it does the week of Parshat Bamidbar, whose primary concern is a census of the Israelites during their years of wandering, we cannot but notice that the taking of polls has always been a crucial Jewish concern. The parsha’s focus is on the number of fighting men available to defend the community and to wage the future battles for the Promised Land. Knowing the strength of a potential army would inform strategy for the protection of the whole community. Similarly, the Pew report shows the contours of who Jewish Americans are in our time, and the findings are sure to motivate Jewish institutions to reevaluate our priorities so that we may fulfill our destiny as a nation of priests and a light unto the nations.
Back
1/1