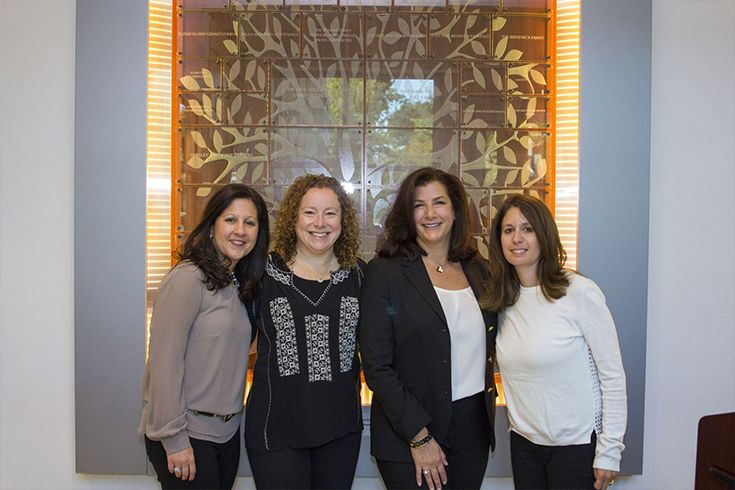 1/2/2015
In December 2010, the Och Challenge was born­­ – a $15 million matching gift campaign created by Daniel and Jane Och in loving memory of Golda Och, Daniel’s mother and one of the school’s original founders. To commemorate her legacy and in honor of this transformational gift, the school changed its name from Solomon Schechter Day School of Essex and Union to Golda Och Academy (GOA).
In just over four years, GOA has met its goal, raising a grand total of $32.5 million, including the $15 million match. The endowment and capital campaign launched to secure the donation, called Building on Tradition, focused on academic excellence, affordability and a $7.6 million renovation and expansion of the Wilf Lower School Campus. As a result of the campaign, GOA’s endowment grew to $43 million at the end of 2014.

“We are thrilled that Golda Och Academy was able to reach this significant milestone,” said Daniel Och. “It is remarkable how the community rallied to ensure a bright future for GOA, where every Jewish child has the opportunity to receive an excellent day school experience. It is a wonderful tribute to my mother’s memory."
Having known Golda Och personally, GOA’s head of school Rabbi Joyce Raynor, PhD., knew how proud she would have been of the school’s accomplishment. “Golda’s commitment to our school was deep and ongoing; even after she retired, she would always engage me in conversation about the school, our students and staff,” said Raynor. “I know she would be pleased to see we have secured the financial future of the school that she and husband Michael founded and that children will have access to a superior Jewish and secular education for many years to come.”

Adam Shapiro, GOA’s associate head of school and upper school principal, said, “We are so grateful to Daniel and Jane Och not only for their incredible contribution and challenge, but also for the faith that they have in every one of our teachers and administrators to ensure that this vision continues to be a reality.”
“Academic excellence, affordability and the opportunity for more families to access our school and its rich dual curriculum has been the driving mission of our Building on Tradition campaign from its inception,” added Shapiro. “To see us fully meet that challenge means that all of us at Golda Och Academy have the opportunity to continue imparting these important lessons to our students for many years to come.”

One of the main priorities of the campaign, academic excellence, has supported an expanded new STEM program. Recently, GOA announced plans for the new Dr Lynne B Harrison STEM Center at the Eric F. Ross Upper School Campus. In addition, the Arie and Eva Halpern Fund for Jewish Heritage, started by Shelley and Josef Paradis, enriches students’ Judaic studies through concerts, speakers and lectures. The Building on Tradition campaign also enabled GOA to create the Faculty Innovation and Excellence Fund that provides grants to teachers to undertake special projects to benefit students.

The Building on Tradition Campaign also made possible the completion of the newly renovated Wilf Lower School Campus, which opened in September 2013. Thanks to the lead gift of Mark and Jane Wilf and the Wilf family along with many other major donors, the lower school campus is now a state-of-the-art center for learning for Pre-K through fifth-grade students. As part of the Building on Tradition campaign, the school commissioned the writing of a new Torah in memory of Golda Och that is now housed in the Horace Bier Beit Knesset at the Wilf Lower School Campus.

The campaign also focused its efforts on expanding tuition assistance and affordability, which was extremely important to the Och family. “The Building on Tradition campaign has had a tremendous impact on affordability and financial sustainability,” said Julia Malaga, chief financial officer at GOA. “The income generated by the endowment provides substantial funding for tuition reduction programs that help make GOA affordable to a broader range of families. We have been able to increase the scope of our tuition reduction programs and successfully expand eligibility to attract middle income families.”

Behind the scenes, bringing the campaign to life was a team of dedicated volunteers and professionals who worked tirelessly to meet the Challenge. Eleanor Kramer, past GOA board chair, helped launch the campaign, while Liz Bier and Michele Landau, Building on Tradition campaign co-chairs, steered the committed campaign team to the finish line. According to Bier, sustainability for the school was one of the campaign’s greatest accomplishments. “With such a robust endowment, I know that GOA is going to be around for a very long time,” she said. “The founders could only hope that their great-grandchildren would be able to attend this school. Now that it’s a reality, we can feel confident that future generations will have the opportunity to be a part of this amazing school.”
“It is extremely gratifying to know that the work of our committee, countless volunteers, administrative leadership and the vast number of donors who participated resulted in a fully matched campaign,” said Landau.

“This campaign has really showcased the great passion and commitment of our Golda Och Academy community to give the next generation the gift of a Jewish day school education – one of the best ways to ensure the continuity of our people,” said Stephanie Bash-Soudry, director of development and alumni relations at GOA. “Without the dedication of our passionate leaders and all of our donors, we would never have crossed the finish line.”
GOA board chair Jeff Landau said, “Thanks to the hard work of all involved in this groundbreaking campaign, including immediate past board chairs Sheryl Pearlstein and Joe Bier and head of school Rabbi Joyce Raynor, GOA will continue to be a leading Jewish day school in North America.”

“The Building on Tradition campaign was truly a community effort and a labor of love,” said Raynor. “Without the faith, enthusiasm and direction of Eleanor Kramer we would have never gotten started. Without the dedication, leadership and hard work of Michele Landau, Liz Bier, and Sheryl Pearlstein, we would never have persevered. Without the vision, encouragement and influence of Stephanie Bash-Soudry, we would have never reached our goal. It has been an honor to work with these dedicated lay and professional leaders. I take pride in the fact that I will leave our school in June having helped to secure its future.”
Back
1/1