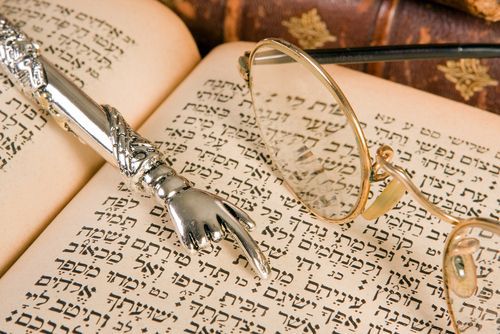 6/10/2021
Rabbi E. Samuel Klibanoff
Congregation Etz Chaim
Livingston, New Jersey
Parashat Korach
This Shabbat we read the story of Korach and his followers who sought to challenge the leadership and authority of Moshe Rabbeinu and Aharon Hakohein.  There were claims of unfairness, nepotism, greed and the usual litany of items that come along with those forming a rebellion.
Unfortunately, as old as this story is, it is not new to us.  For generations, Jews have been battling one another in all arenas including politics, business and of course, religion.  In fact, the Mishna in Pirkei Avot teaches us that there are two types of Machloket – disputes.  The first is what the Mishna calls “L’Sheim Shamayim” which means the arguments should be for the sake of heaven.  The example given is that of Hillel and Shammai.  One cannot go but a few lines in any page of the Talmud and you will quickly find dispute.  However, these are great role models who are vying to get to the truth of the Torah.  These are not personal attacks.
The second type that the Mishna describes is a Machloket that is NOT for the sake of heaven.  The example given is “Korach V’Adato.”  One quickly notices that the language is not Korach vs. Moshe.  It is Korach and “Adato” which means his own cohort.  Korach did not even agree with the claims of his fellow rebels.  They just had a common enemy.
Having a difference of opinion is not unhealthy.  Unity does not mean conformity as there is room for dispute and nuance.  However, when the dispute turns to discord which can get ugly, then this is the latter part of the Mishna which is not for the sake of heaven.  The Mishna says that such a dispute will never endure, and neither will the participants.
The key is to make sure our disputes that are for the sake of heaven are really for the sake of heaven. Often we take up issues that we believe are holy without being honest with others or ourselves.
Luckily, the students at GOA are able to see a broad array of perspectives and viewpoints which will expand their knowledge base and make them holy Jews.
Shabbat Shalom and have a great summer!
Back
1/1